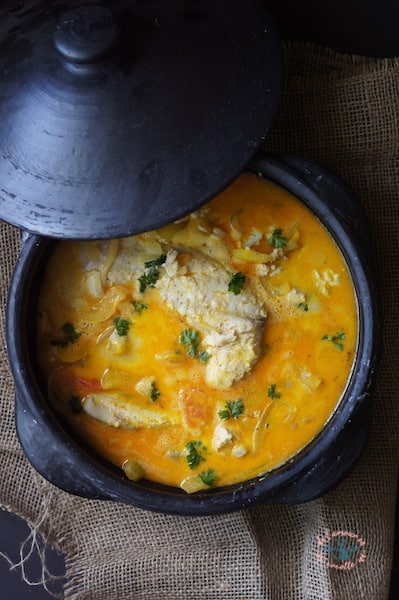 Being married to a Brazilian allowed me to discover the gastronomy of this country that I didn’t know at all before. The culinary habits in Brazil are very different from the French, and it took me a little time to appreciate it. However, some dishes immediately conquered me like the famous moqueca [there are a few others, I’ll tell you about them soon].

This is a typical dish from the state of Bahia (in the south of the Nordeste region), known for its architecture, culture and gastronomy. The Afro-Brazilian culture is strongly represented there, especially in its capital Salvador, through which slaves arrived from Africa. The origin of moqueca is still a matter of debate, but what is certain is that it was influenced by African cultures through the use of palm oil [azeite de dendê]. You can make a very good fish stew without this oil, but then it won’t be a moqueca. This ingredient is the essential element for a real moqueca baiana. You can find it very easily in African grocery stores. Although I am strongly against the mass use of this oil in the food industry, its use in traditional dishes seems reasonable to me [for more details see below].

Moqueca is traditionally prepared in a terracotta pan called “panela de barro”. I’m lucky to have one [actually I have two] but you probably won’t have this pan, no problem, you can prepare the moqueca in a standard pot.

Moqueca is mainly made with firm fish [to prevent the fish from falling apart during cooking] but you can also make it with shrimp or even chicken. I mainly use cod or tilapia [fish that I can easily find in Canada], combined with shrimp. Feel free to use other fish. 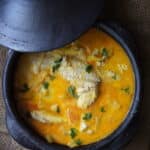 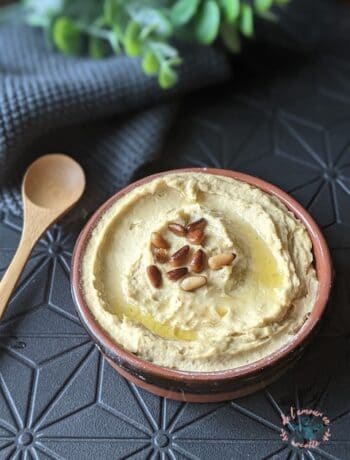 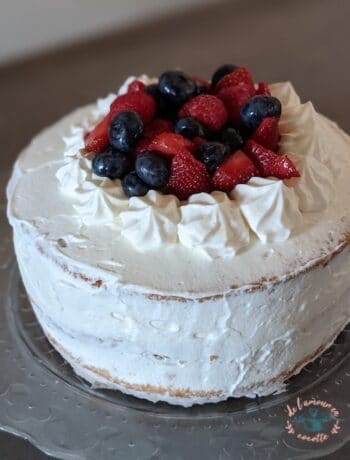