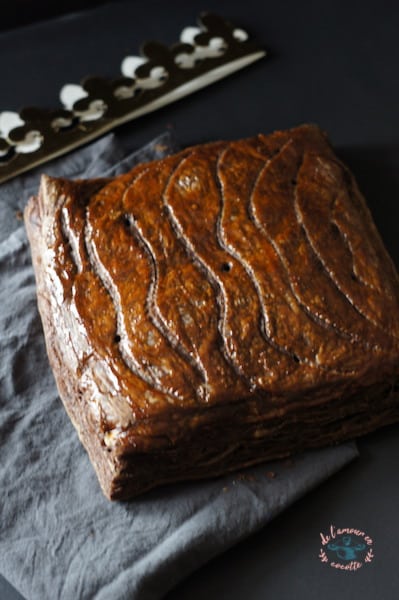 Finally, I could rent the book “Galette,” by Christophe Felder, from my library. I had been dreaming about it for a while and, certainly, I was not the only one. Anyway, it was finally my turn. As you already know, I have a little trouble with King’s Cake tries, but after my first successful attempt last year, I wanted to try it again. The all-chocolate King’s Cake immediately caught my eye, with cocoa puff pastry, chocolate frangipane and candied orange peel. It did not take too long to put my decision on this recipe.

About the Chocolate and Candied Orange King’s Cake

Composed of a cocoa puff pastry, this is the very first time I made a classic version of this dough. However, I can tell you that it has gone well overall [to know more, click here for the recipe]. I decided to go deep in the challenge by making the cocoa puff pastry, but in my opinion, the King’s Cake would also be good with a plain one [to make it at home, click here for the recipe].

Christophe Felder uses “chocolate caviar.” It was the first time I heard about it. According to my research, these are small chocolate balls obtained by a molecular cooking technique. I couldn’t find anywhere to buy it, and it was out of the question to try this kind of preparation, so I did without it. However, I added a little more candied oranges.

And finally, the question that everybody wants to know: is it or not a King’s Cake? Well, we ate it and we definitely had the sensation of eating a King’s Cake, so, it is a King’s Cake!

As usual, the puff pastry must be prepared in advance. You can make it 2 to 3 days before [hey, you can also buy a ready one]. I prepared it really early and I froze it. Then I took it out the day before and let it thaw in the refrigerator.

The frangipane preparation is quick, around 20 minutes maximum. You can prepare it at the same time you make your cake. 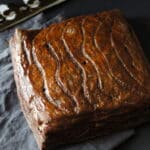 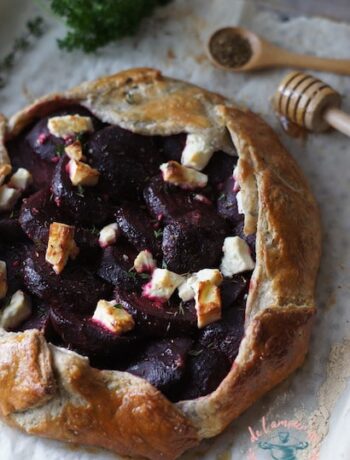