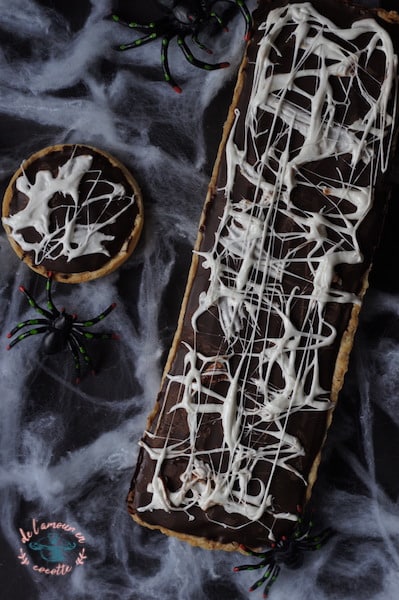 It’s the time of year when ghosts, monsters and spooky decorations invade the front of our houses. My daughter seems to, somehow, be used to it [but she hardly stops to look]. On the other hand, my son is fascinated. It’s crazy how children love to be frightened… although he is afraid, he can’t avoid himself getting close and seeing them. So, every day he wants to go visit the “Halloween houses” and, believe me, we spend a lot of time there.

This year will certainly be different, and the pandemic will not allow us to celebrate as usual. When I started to explain to the kids that we probably could not do trick-or-treating tours this year, the disappointment in their eyes broke my heart. So, when the government authorities announced that it would be allowed, and I saw the neighbourhood houses being prepared for a safe candy distribution, I said to myself that we could have some trick-or-treating tours anyway.
That said, it will still be somehow limited, and I will be planning activities at home. Above all, we’ll do a little treasure hunt [following “Minimo and Nutrimini” guide]. We’ll have a Halloween cartoon evening, appreciating all kinds of candies at ease and that Chocolate-Marshmallow pie dressed up for the event.

I’m not a big fan of cake design… but I like to satisfy my kids. So, I tried to make small decorations on my cakes, especially for special festivities like Halloween. For this year, I wanted to make a marshmallow and, while snooping around, I found a recipe from Ricardo for a chocolate bar with a maple syrup marshmallow. It was very tempting. I have been inspired by his recipe to create my chocolate-marshmallow pie. For the marshmallow, I changed almost nothing [glucose instead of corn syrup], but I added lemon zest to soften the sugary taste a little bit. Of course, the result is sweet [we’re talking about marshmallow, I can’t take the sugar out], but it helps to give it a fresher taste. On the practical side, do not be hopeless when preparing the marshmallow. It takes a while before it starts to set. Consider about 10-15 minutes before getting the texture you want. For the dough, I just prepared a shortcrust pastry with some almond powder and lemon zests [next time I’ll try it with a French shortcrust pastry, I guess that the result will be even more delicious].
Finally, we coated it with melted dark chocolate [you can use milk chocolate, but it will be sweeter], and to bring the Halloween magic to the pie, I added a small marshmallow spider web. I recommend using commercial-ready marshmallows; the homemade ones won’t give you that web aspect [be careful, it sticks, I found my fingers full of it, and it makes the cutting a little more complicated]. Add a few spiders for decoration, and the game is on. 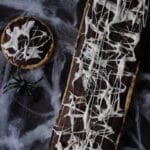 For the spider web 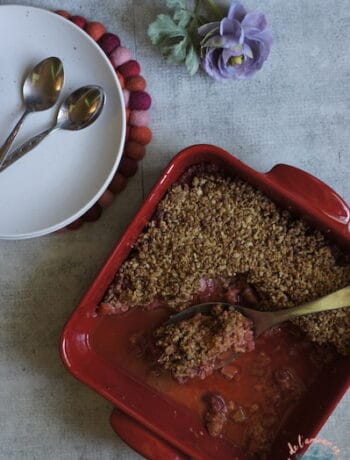 My first crisp (rhubarb and strawberries) 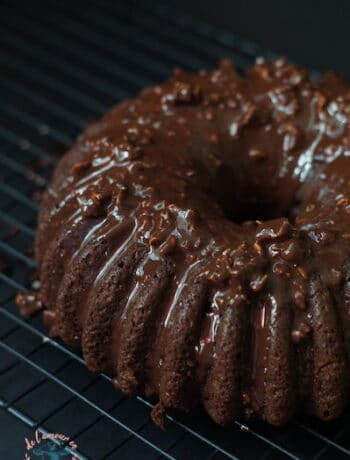